Tricks and Trouble in a Top Hat!

A young man of English extraction, Adrian Whitingham, was born gifted with magical ability. A chance discovery of a magickal key opens the door to adventure and magic – if he can survive long enough to learn it! Supernatural creatures, and the oppressive agents of a faction known only as The System oppose him and threaten his survival even as he grows in power.

Mr. Punch is ongoing series about magical adventure, survival, and trying to maintain relationships as the world constantly expands to reveal new dangers!

An unassuming English boy, Adrian Whitingham, discovers he has the power of telekinesis while at school– and thereafter his world explodes with a magical key, a winged gorilla, and a professor who turns out to be a wizard! The world of magic opens itself up to him, putting him on the path to becoming the madcap Mister Punch, a mage struggling to maintain the balance between the forces of Order and Chaos!  Cheerfully cheeky, always with a devil’s grin, Mr. Punch is always either in trouble or bringing it with him! 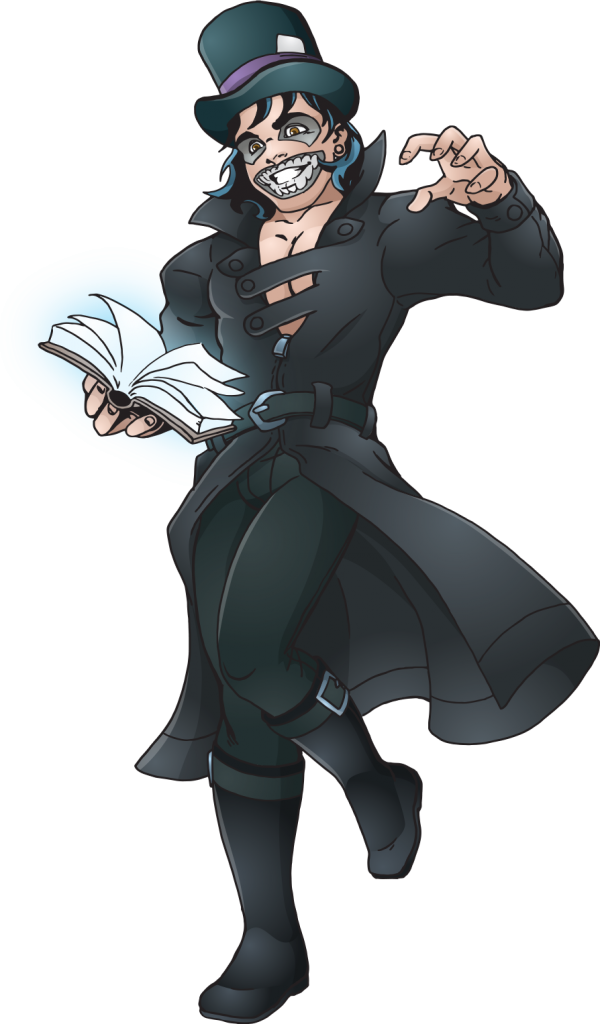